According to CAPSULE themselves on their official website, Nakata + Toshiko are planning to release a new album in 2014. This will be a new Capsule original album, and if CAPS LOCK is anything to go by we're in for a treat!

Though it is fair to say that Capsule style-hop so frequently it is almost impossible to tell if a new album will match the sound of an older one, I think every Capsule fan can agree that the excitement is rife!

The original article is included below for reference.

The track length of the song is 4:17 and what was aired on Perfume LOCKS! was the short version.

you can see the Cling Cling teaser here, and the short version of DISPLAY here.
it keeps showing "Invalid auth string" every time i try to embed them. it worked fine earlier!

Hello everyone! My name is Robert and I've just joined contemode livejournal! I've always checked out this website for new news, and it seems like a great community, so I decided to make an account.

Meg and capsule are really my two favorites, Perfume and Kyary are good too.

-I live in East Texas, in the United States of America; really want to move to Vancouver, and Tokyo peaks my interest! As well as Santorini.

I love it when japanese songs incorporate english words into their songs. In a song the lyrics are the thing I care about most, words are really cool to me.

My favorite song by Meg would have to be Toxic, and for capsule it would be I Wish You.

I'm a Gemini Rising! So I'm very upbeat and happy about a lot of things.

I look forward to meeting all of you! Maybe we could join together at a Harajuku Fashion Walk in the future! <3

Oh! I almost forgot! I have a tumblr if anyone is interested, here is the link: cosmiccaviar 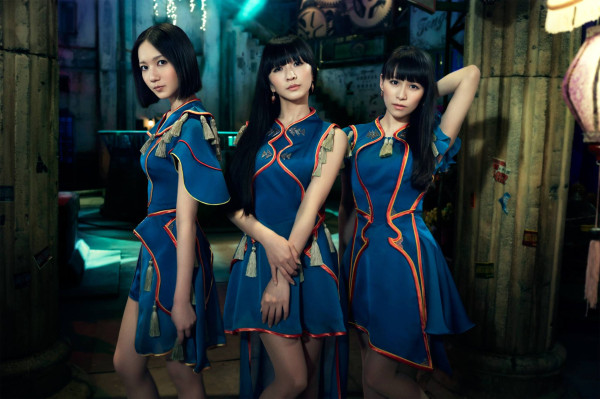 Perfume has announced their new single Cling Cling which will be released on July 16, 2014 and come in three editions: Regular (currently unavailable), Limited, and Special Limited. Tracklist, packaging differences, and CDJapan/HMV preorder links can be found below the read more.
( Collapse )

Hi! :D
Have you heard Dj Emergency on Soundcloud?
If not, here are some remixes he did to perfume that for sure you will enjoy,
check these out:


What do you think? Which one did you like the most?
Do you know of other mixes we can hear while we wait for more releases?

I realized there's probably still quite a few people who come here for Nakata Yasutaka news updates on his work/the artists he produces, so I figured I'd make this post. :x Before I go into it, I do want to thank the few people who post here that always link back to my news posts on my fuckyeahystk Tumblr, I appreciate being sourced!

First of all, all of capsule's lyrics have been translated by Tumblr user renai-junkie!. She has also done all the COLTEMONIKHA lyrics here and has translated what I could save of Nakata's old-as-heck blog posts. Nakata's blog entries are being posted here, I'm kind of rationing them out because there's only so many but they'll eventually all be there and I post one every Sunday.

Next, Tumblr user roomgirl has recently done a translation of a FLASH BACK era capsule interview and also, using scans I provided, a MARQUEE interview from COLTEMONIKHA back in 2006 shortly before their debut mini-album came out. If either of those time periods/artists are favorites of yours, I highly recommend checking out those interviews! They're great.

Lastly, I wanted to put a list here of specific sites (well, really just Tumblr blogs -- social media sort of took over everything) for specific artists that are associated with Nakata Yasutaka. They're the go-tos for news updates and translations of said artists, so they're a better bet than this community. I'll throw these under a read more:

I realize it kind of sucks to have to check multiple sources for news on different artists, but if you want the bare basics of all Nakata-related acts, just going to fuckyeahystk is fine. :x Also, I've heard through the woodwork that there's a lot of Perfume Facebook fan pages, so if you're interested in that there's another avenue from which to get news/participate in fan discussions.

Oh, one more thing... This isn't related to Nakata, but RAM RIDER is planning to release a new album this year. [Cheers and confetti from absolutely no one besides me and roomgirl.] He also debuted a new song at an ASOBINITE event the other night, so I'm hoping he'll play it on his internet radio show AUDIO GALAXY this coming Tuesday.

So there's new Nakata on the 19th with Kylie and 26th with m-flo,
both second times he mixes each of them.

What do you think guys?
Are we expecting FruitsClipper-ish or StereoWorxxy stuff?

Who am I fooling, Nakata will do what he will do anyway, uh? xD
But what do you think? Yes, and you can get one of the Only 6 more copies available at the moment:
http://www.cdjapan.co.jp/product/RZCD-59593


Do you remember the original song?
Here:
Collapse